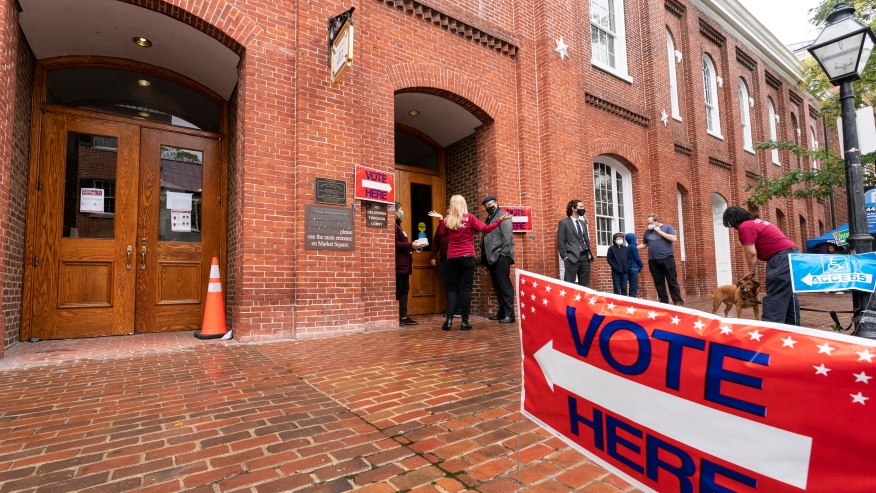 RICHMOND, Va. (WRIC) — Gov. Glenn Youngkin and Virginia Republicans are backing efforts to change voting rules that expanded access to the ballot and led to an increase in registered voters.

When Democrats controlled the state government, Virginia repealed its voter photo ID law, made ballot drop-off boxes permanent, opened up 45 days of no-excuse absentee voting and passed its own voting rights act — a first in the South…

The legislation from Vogel would expand the State Board of Elections from five to eight members with equal representation for Democrats and Republicans and give the board the authority to appoint the commissioner of elections of the Department of Elections. The bill received bipartisan support in the Senate Privileges and Elections Committee…

Virginia Democrats still have a 21-19 majority in the state Senate, but the tie-breaking vote no longer sits in the hands of the party after Republican Lt. Gov. Winsome Earle-Sears took over as president of the chamber.

Senate Democrats vowed ahead of the session to protect the progress they made on voting rights over the last two years and they have wielded their power in committee meetings.

The Republican effort to make photo IDs mandatory at the polls again, introduced by state Sen. Mark Obenshain (R-Rockingham), was killed by the Senate Privileges and Elections Committee on a 9-6 vote along party lines on Jan. 18.