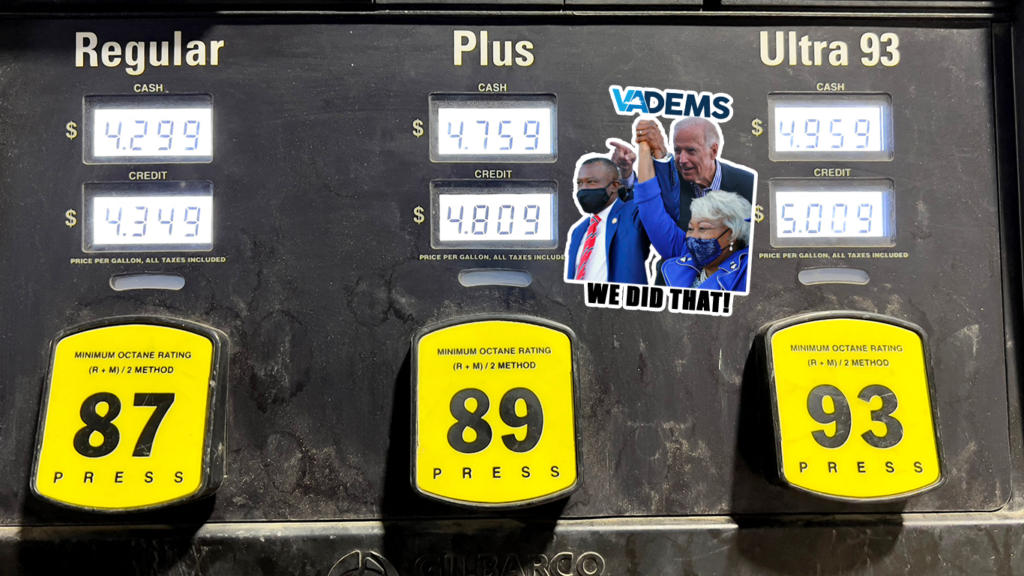 ROANOKE, Va. – Drivers in Virginia are going to be paying a little extra at the pump after Governor Glenn Youngkin’s gas tax holiday failed to make it out of the state enate.

“This is the third time that I’ve provided Senate Democrats the chance to do the right thing and reduce the cost at the pump for Virginians,” Youngkin said.

People filling up their cars at a GoMart gas station on Monday were paying $4.59 per gallon. A gas tax break would have saved drivers 26 cents per gallon bringing down the cost to $4.33.

While gas prices are impacting all people filling up their tanks, those commuting to work are taking even a bigger hit. Lawn care businesses in particular are using gas everyday to get the job done, so the cost for them is even higher.

Powers Precision Lawn Care filled up their mowers and truck on Tuesday morning.

Owner of Powers Precision Lawn Care, Jason Powers, said if things don’t get better, then he would have to adjust.

“You know, I’ve already decided if I got into a spot where fuel prices were just through the roof, I’d have to scale back,” Powers said.

Powers’ company spends roughly between $300-$400 weekly on gas. Powers wanted the gas tax holiday to just save some money.

Supporters of Youngkin’s gas tax holiday knew it could save people money and stress when going to a gas station. Senator Steve Newman (R- Roanoke County) said the emotional stress alone is an issue now.

“This would have been one more thing though, that people are feeling today. And that is that pain at the pump,” Newman said.

Newman is joined by other senators like David Suetterlein (R-Roanoke) in the thought that the state has the capability within it’s budget to help out Virginia drivers.

“It was already paid for. This would have only been about $400 million overpayment,” Suetterlein said.

The gas tax holiday would have only gotten rid of the state taxes on gas in Virginia, but even 26 cents is a big decrease in price.

As for now, state legislators can no longer help with gas prices, but they are prepared to bring the gas tax holiday back up in session if prices were to remain the same.