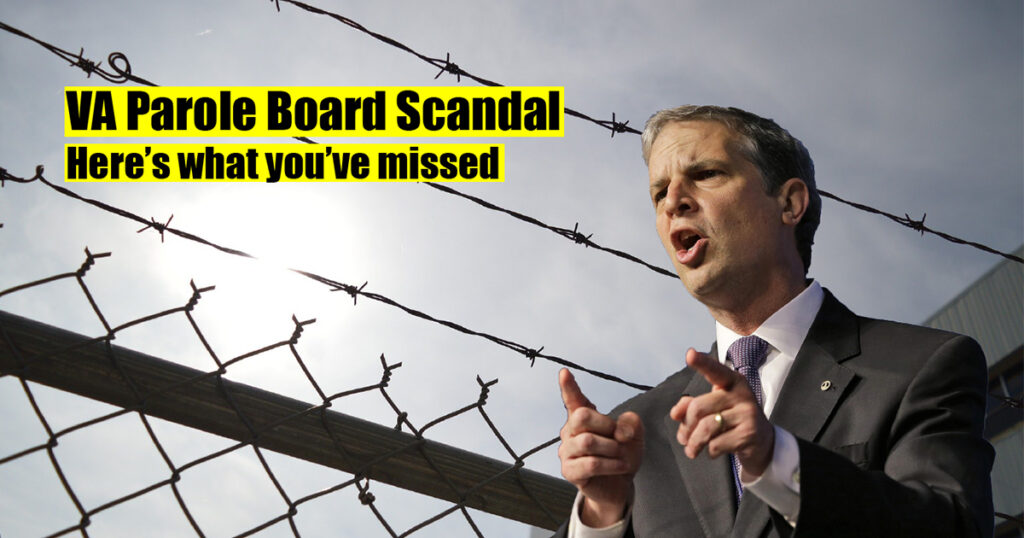 “Today, Senate Democrats voted to kill SJ 169 which would have confirmed 4 out of 5 of Governor Youngkin’s appointments to the Parole Board. The Privileges and Elections Committee reported the bill on March 1 which typically would have been followed by two consecutive days of voting to pass the resolution, resulting in these nominees being confirmed. However, Senate Democrats delayed the vote until today (the penultimate day of Session) presumably with an intention all along of voting down Youngkin’s nominees but a motive to wait as long as possible so as to limit retribution from the chamber down the hall.”

Obenshain continued, “I call it like I see it…this decision is cutting off the nose to spite the face. By torpedoing this resolution, they are ensuring that no paroles are granted until replacements are seated on the Parole Board. Filing a resolution with the intention of killing it is the height of cynicism. It certainly is not consistent with the manner in which the Senate prides itself in conducting its business.”

“I find it puzzling,” said Obenshain, “that this demonstration represents an attempt by the Senate Democrats to double down on Governor Northam’s scandalized Parole Board. Let’s not forget the multiple reports of knowing or reckless violations of the law allegedly committed by members of Northam’s Parole Board. In particular, the allegations that Chair Adrienne Bennett violated the state constitution by not remaining impartial in the Martin case and requesting an examiner to falsify a report.”

Last year, credible accusations were made detailing violations of Northam’s Parole Board including:

Obenshain concluded, “Despite the Inspector General refusing to investigate further complaints against Northam’s Parole Board, I’m grateful that we have an Attorney General who takes the allegations of misconduct seriously and urges further investigation and, if proper, prosecution against those responsible for these violations. I just wish Democrats in the Senate would stop playing with the future and career of these qualified nominees which will only serve to hinder the rights of those who deserve to be evaluated for parole eligibility.”

Senator Obenshain represents the twenty-sixth district in the Virginia Senate.  The district includes the city of Harrisonburg and the counties of Warren, Shenandoah, Page, Rappahannock and Rockingham (part).  He serves on the Senate Judiciary; Commerce & Labor; Agriculture, Conservation and Natural Resources; and Transportation Committees.