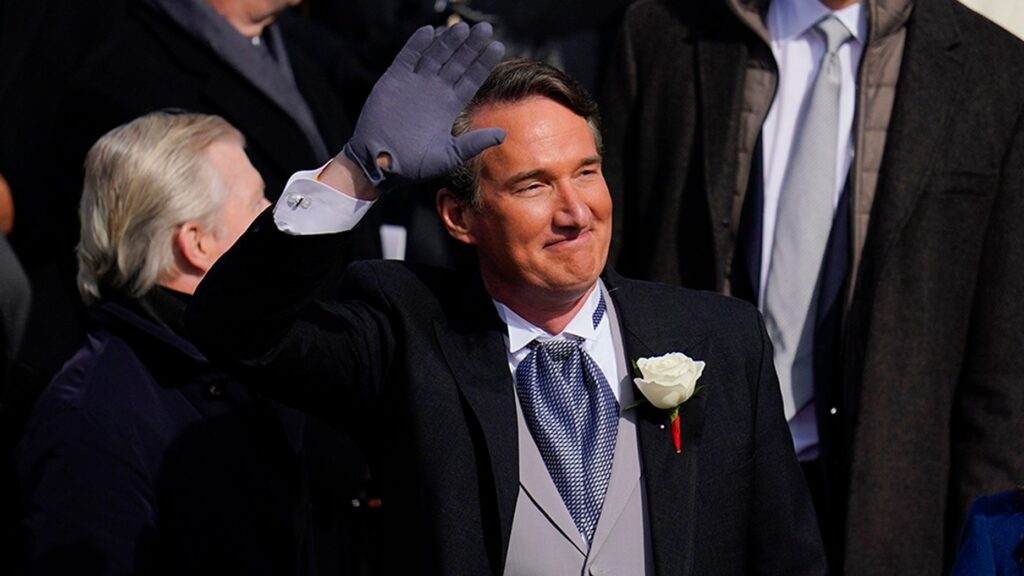 Republican Glenn Youngkin was sworn in on Saturday as the next governor of Virginia, delivering a message about empowering parents, overcoming COVID-19 and providing economic relief to families and businesses hard-hit by the pandemic and inflation.

“We celebrate the sound of freedom!” Youngkin said to thunderous applause and a fighter jet flyover after he took the oath of office.

Speaking outside the Capitol in Richmond, the state’s 74th governor told Virginians that better days are ahead.

“The spirit of Virginia is alive and well. And together we will strengthen it,” Youngkin said. “Together we’ll renew the promise of Virginia, so it will be the best place to live, work and raise a family.”

Youngkin, a former private equity executive and political novice, beat Democrat former Gov. Terry McAuliffe in November to flip the swing state red in the highly-watched race. The last time a GOP governor was sworn into office in Virginia was Gov. Bob McDonnell in 2010.